A dress for the Mangrove: The Enea goes out to the Carnival

Home Portfolio A dress for the Mangrove: The Enea goes out to the Carnival 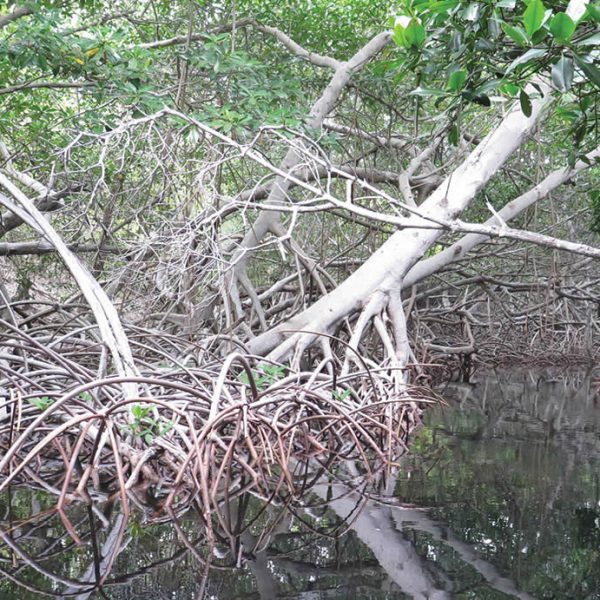 Film, video, programming for interactivity, multiple channel sound for a sound walk and interventions in the land, sculptural components made with plant fibers, interactive video installation, wearables made with the fibers of the plant Enea, and performance with community members  to be presented at the Barranquilla Carnival in Colombia.

A dress for the Mangrove dress: The Enea goes out to the Carnival is an art-collaboration project between the master craftsman Rodrigo Acosta Noriega, knowledgeable in work with natural fibres of the Colombia Caribbean region and Alexandra Gelis artist working with various media and new technologies. Based on the plant Enea (Typha), the project is baked on the Via Isla de Salamanca National Park in the Department of Magdalena in Colombia’s Caribbean region. The park is a protected area by the Colombian state, considered by law as a subject of rights, and one of the world’s most important wetlands. Enea is known in the area as an “invasive plant” and contributes to the spread of forest fires in the Mangroves forest, endangering the ecosystem’s balance.

The project has the support of Colombian National Parks, and it aims to support an environmental restoration program the organization is developing in the park. Formally, the project seeks to produce a hybrid piece between traditional fabric making and wearable technologies to create a costume used in situ in a performance in the territory (Mangrove and surrounding populations).