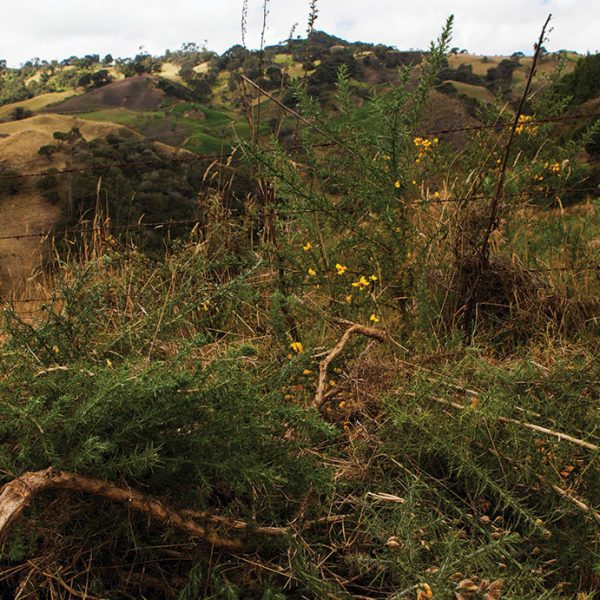 An ongoing project with a series of works started in 2016 based in Bogota’s Sabana in Colombia. It investigates the use of the plant Retamo Espinoso (Ulex Europaeus) as a living barrier to divide farms. The plant is now considered an invasive species and one the most difficult to eradicate. It is suffocating the local plants and unbalancing the ecosystem in the Páramos that help water production. Important to note, these systems of Páramos produced most of the water used in the capital city. As a native species in Italy and different European areas, Ulex Europaeus is a very loved edible and medicinal plant. The experience of working with these wrong call weeds or malezas in Spanish, meaning very bad ones, has shown me they grow where the land (soil) or the population needs them. In the case of the Ulex Europaeus is known as suitable for hopeless people in the Bach Flowers remedies, much needed in the large capital of Colombia Bogotá.

To understand the species as non-native, I do fieldwork research into areas where the species are considered native. In many European countries, it is a fundamental plant in the rural economy, and many poems have been written about the resilient species.