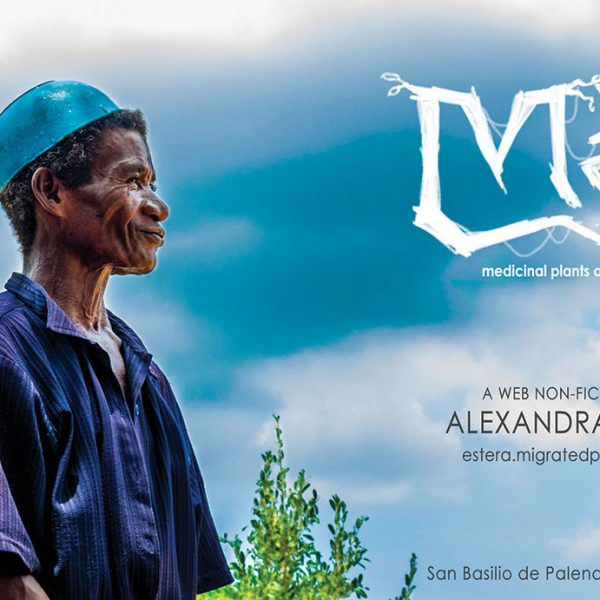 The online platform project seeks to capture popular etnobotanic narratives to gather its local botanical knowledge, local ecological knowledge, and the social-ecological systems. Through the use of  photography, video, film, drawings, and sound narratives the platform recreates the experience of walking through the town of San Basilio de Palenque in Colombia. The navigation of the non-fiction platform is based on multiple non-linear ways to circumnavigate and interact. The layered structure puts forward a scenario in which the receiver becomes the transmitter based on a branched navigation mode where the user is able to choose from various options to move. The interaction modalities generate different perspectives, producing an experience that is at once immersive and interactive. The design of the interactive platform is also based on the intricate hair design patterns that the runaway slaves braided to map their route to freedom. Palenquero hairstyles are a medium for transporting and transmitting both seeds and resistant knowledge.

Estera creates a space to discuss my rhizomatic work methodology; my interest in technology and tradition; and my visual and sound work, all of which intertwines around the theme of migrated plants. With regard to my role as a researcher, the online platform also functions as a space to let me freely organize visual and oral material. The versatility of the medium allows me to create new readings and narratives through the making of different juxtapositions.

Estera is the continuation of different small projects where I explore the use of technology, like my work Zoom IN on the Plants and OUT on the Stories project in the San Basilio plaza. This project uses tools from a traditional medicine walk and is filmed with two cameras, one of which is held by me, filming the surrounding plants and action with a wide-angle lens. Another, operated by youths from the community, shows detailed close-ups of the plants during a walk with an elder or traditional healer, who tells the stories of each plant. This time, the participants were a traditional doctor, Ambrose (approximately 70 years old), and Yuli, a girl of 12, who was in one of my first communication workshops focused on the formation of the community radio station Aloito Pio.

See estera.migrated plants.com, the english version and estera.plantasmigradas.com the spanish version. The platform is still under construction, I considered it as a place for technological, visual and conceptual research. I am looking for funding and technological support to continue with this important and large project, so far I have been doing everything by myself, from filming, editing to the programming of the online platform.